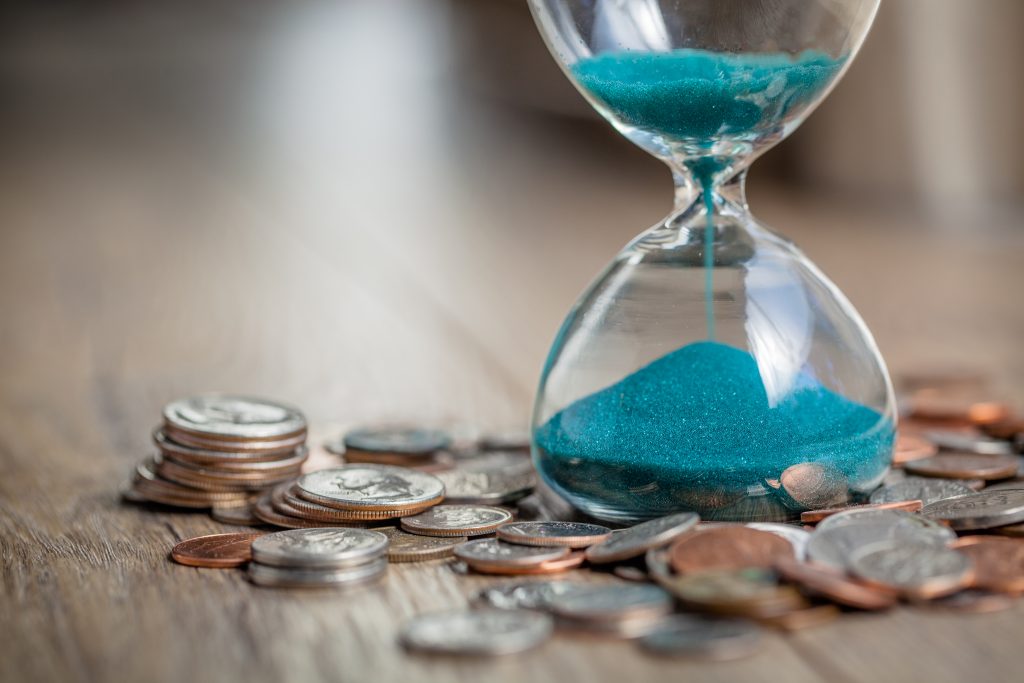 How often have you heard the proverb, “Time is money”?  I have a vague memory of hearing it as a child and asking what it meant.  If you hear something often enough, you start to believe it.  This is known as the “Illusory effect”, although this concept is usually applied to the idea that what is being repeated is a falsehood.  Is “Time is money” a falsehood?

On Quora, a question was posed, “What is the idea behind the quote “time is money”?.  The best answer was provided by Kimberley Baskett.

“Time is money” is a much easier way to explain the concept of Opportunity cost— because time is money!

It means time is a valuable resource (because our time in this world is finite), so it’s better to do things as quickly as possible.

Alternatively, spend time and effort on things that get the results we are looking for.

The phrase is usually credited to Benjamin Franklin, who used it in an essay (Advice to a Young Tradesman, 1748). The actual phrase was recorded in 1719 in the magazine The Free-Thinker.

However, the idea that time is money has a long history.

The Oxford Dictionary of Proverbs cites two earlier references. Antiphon of ancient Greece (ca. 430 BC) used “the most costly outlay is time.” Discourse upon Usury (1572) used “They saye tyme is precious.”

Time is money, so I’ll stop there for this answer”.

the page can be found here.

Time is precious to me, I don’t have much of it, for numerous reasons.  One of those reasons is because I’m busy trying to change the world.  I’m a civil rights activist, mainly in my local area, but I’m hoping to eventually branch out and do it globally. My main activity is promoting the social model of disability, although I will muck in to the fight for equality for BAME, LGBTQ+ and of course feminism.  I’ll promote equality for any group that is classed as a protected characteristic under the Equality Act 2010, that ought to be updated to include weight.  I say weight, because whilst activism has increased to tackle fat shaming, people that are thin can also be victims of shaming. Studies show that fat-shaming and weight bias are faced by both genders. But they also show that women are likely to face fat-shaming and bias more often—and at lower weights—than men.

I want to make a point here before I go on.  Civil rights movements are fundamentally about removing barriers for equality of opportunity, or better yet the equality of outcome.  A significant barrier to achieving this is the expectation on individuals from society.  The expectation to achieve, conform, produce, behave and to overcome, to name but a few, of course there are far more expectations put upon us than just these.

The other reasons for feeling time poor, are due to clinical perfectionism and issues with my executive functioning.  That means, I spend a lot of time on what I’m doing to ensure it is right and as close to perfection as it can be.  Executive dysfunction causes significant problems with regards to time because it affects my ability to regulate my emotions, plan, organise, manage time, prioritise and switch tasks and my processing speed.  I also have time blindness that means I frequently underestimate how long a task will take me, usually by hours and oftentimes by a significant number of hours.  My leisure time is usually spent completing tasks for home or work that I enjoy doing, just so I can keep up with the rest of the world.  That is to say that my days off are spent doing something that needs to be done, but I have the luxury of choosing that task as a ‘want to do’, rather than a ‘need to do’.

So, if I spend time with or talking to someone or I’m researching the answer to somebody’s problem or I’m making something for them, then to my mind, the recipient is receiving a considerable gift.  My friends and family have heard me utter ‘that if my time is spent on them, they are very lucky indeed’.  This isn’t meant to be arrogant, but a means of conveying that I have so little time available, that my lavishing this asset upon them is worth more than any bauble I could buy them, and besides gift giving is illogical to me.  The only purpose it serves, in my opinion, is as a means of promoting capitalism.  Does giving a gift really convey how much a person means to you as much as spending time with them?  If you think it does, then I think you are wrong, how often do you reminisce about what someone gave you?  And on the subject of reminiscing Eckart Tolle, a renowned and respected spiritual guru and Author, talks of the trap of time as “the compulsion to live almost exclusively through memory and anticipation.”

Time is very valuable to me, but not in monetary terms, more for the opportunity to be present in the moment, to have the space to think, research and be creative in how I develop my ideas.  In contemporary society we pay people to be productive, we don’t ordinarily pay people to think, that would be unthinkable!

I’m lucky, I have periods of hypomania.  During an episode I have a lot of ideas, and lots of energy and I get more done, so I consider hypomania to be an asset, explicitly, because I have the ability to minimise the depressive episode that ensues.  However, during these episodes I do not possess the ability to keep up with my mind and chronicle my thoughts and ideas for future use, damn my slow processing speed!

This essay is about time and money, so what about money?  There is a movement, that is calling for the abolishment of money, after all it’s an instrument of control. Most everything we do is in pursuit of money, whether that’s to fulfil a billionaire’s desire to buy a yacht, a luxury car or a rare trinket or just as a means, whereby you are able to keep a roof over your head, to stay warm and put food on the table, which for many even these basic needs are out of reach, but I’m straying into politics here and that is a ground I must not tread because my livelihood could be at risk.

So, would life be better, happier and more fulfilling if time and money were abolished? Both are social constructs, they have no meaning in the world outside of human activity.  Does the proverb “time is money” engender us to act in ways that mean we sacrifice a great many things for the sake of the bottom line, and in this race, are we forfeiting creativity for productivity?  Have we gone too far to return to an era where neither of these concepts existed?  If we have gone too far, is there a different way to exist within the time/money framework that is less damaging for our health and wellbeing?

One final note, if you are interested in learning more about the concepts of time and money I would recommend these two Radio 4 programmes. Promises, Promises: A History of Debt, that can be found here, and here is Oliver Burkeman is Busy.

Any cookies that may not be particularly necessary for the website to function and is used specifically to collect user personal data via analytics, ads, other embedded contents are termed as non-necessary cookies. It is mandatory to procure user consent prior to running these cookies on your website.